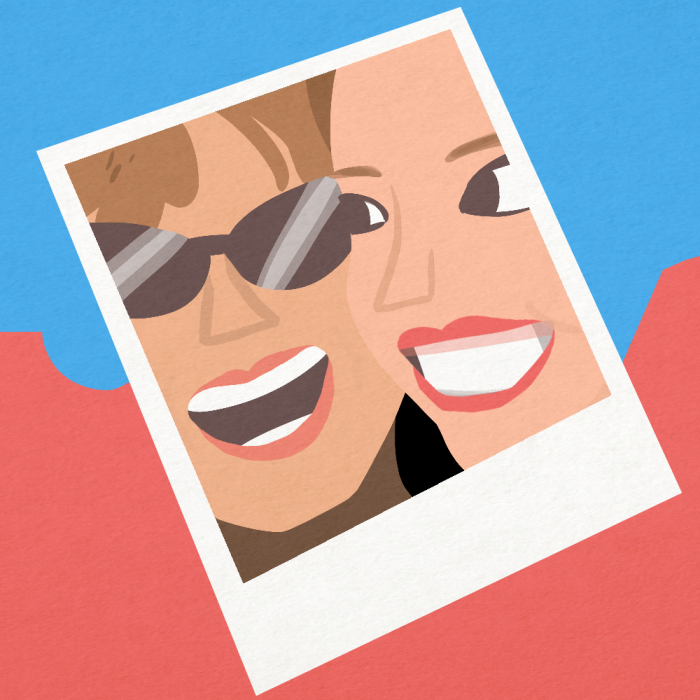 On the big screen a broken friendship can be mended in a matter of moments. Mary and Sienna discuss some of their favorite films featuring strong friendship themes.
Subscribe on iTunes Subscribe on Spotify

On the big screen a broken friendship can be mended in a matter of moments, whereas it’s not always that simple in the real world. Despite the simplification, films are a great resource to turn to when you’re looking for a friendship to emulate. Mary and Sienna discuss some of their favorite films that feature strong friendship themes.

IT (2017)
“Seven young outcasts in Derry, Maine, are about to face their worst nightmare — an ancient, shape-shifting evil that emerges from the sewer every 27 years to prey on the town’s children. Banding together over the course of one horrifying summer, the friends must overcome their own personal fears to battle the murderous, bloodthirsty clown known as Pennywise.”

The Goonies (1985)
“When two brothers find out they might lose their house they are desperate to find a way to keep their home. They find a treasure map and bring some friends along to find it. They are all out looking for the “X” and trying to get away from a group of bad guys who also want the treasure.”

The Sisterhood of Night (2014)
“A teenager’s claim that she was victimized by a secret society of her peers whips up hysteria and throws their town into the national spotlight.”

Mean Girls (2004)
“Teenage Cady Heron (Lindsay Lohan) was educated in Africa by her scientist parents. When her family moves to the suburbs of Illinois, Cady finally gets to experience public school and gets a quick primer on the cruel, tacit laws of popularity that divide her fellow students into tightly knit cliques. She unwittingly finds herself in the good graces of an elite group of cool students dubbed “the Plastics,” but Cady soon realizes how her shallow group of new friends earned this nickname.”

Life Partners (2014)
“At 29, the most long-term relationship Sasha and Paige have ever been in is with each other, using their co-dependent friendship as an excuse not to venture out into the dating world alone. But when Paige meets nerdy Tim and starts to get serious for the first time, the nature of their friendship begins to shift. Fearing shes being cast aside, Sasha tries to keep their relationship the same, but does growing up also mean growing apart?”

Thelma & Louise (1991)
“Meek housewife Thelma (Geena Davis) joins her friend Louise (Susan Sarandon), an independent waitress, on a short fishing trip. However, their trip becomes a flight from the law when Louise shoots and kills a man who tries to rape Thelma at a bar. Louise decides to flee to Mexico, and Thelma joins her. On the way, Thelma falls for sexy young thief J.D. (Brad Pitt) and the sympathetic Detective Slocumb (Harvey Keitel) tries to convince the two women to surrender before their fates are sealed.”

Tune in next week for Episode 15: Historic and Famous Friendships