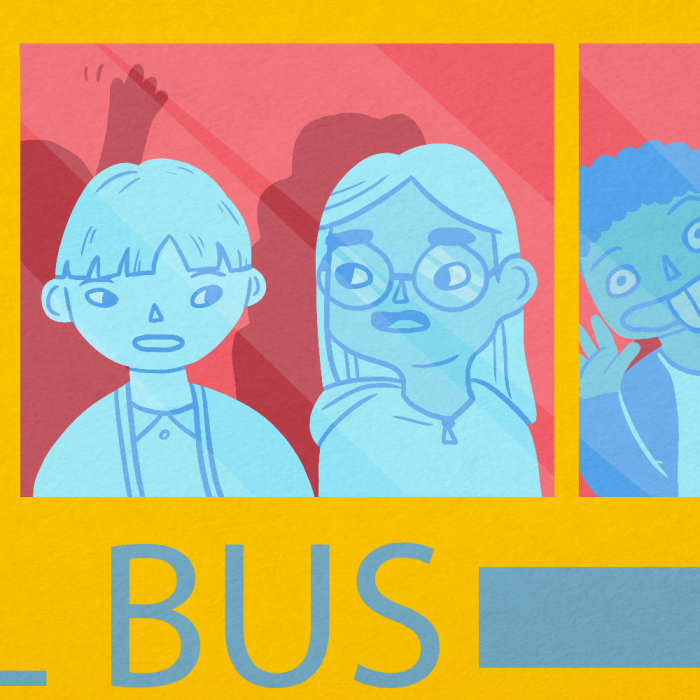 For many, school is likely the number one place to make new friends, but for some it's not always a walk in the park. Mary and Sienna discuss in Episode 3.
Subscribe on iTunes Subscribe on Spotify

For many kids, school is likely the number one place to make new friends. Mary and Sienna take a walk down memory lane as they discuss the ease and difficulties they both had with their classmates through Elementary School all the way through to University.

When it comes to friendship, the bar is set lower than low in Elementary School. Since nobody else has friends, all you have to do is share your box of crayons with the kid next to you and – BAM! – You’ve got a best friend. Although Kindergarten may be easier to make friends, Mary and Sienna recall some more difficult times they experienced toward the end of Elementary School.

Leaving Elementary School and entering Middle School can be a tricky time. Hormones are rampant and cliques form faster than you can say “Phat Farm”. Reflecting on her experience, Sienna insists, “Everyone is an asshole!” while Mary counters with “I was a social butterfly.” Middle School is generally a cringe-worthy time for everyone involved, but it turns out to be a great time to experiment with making new types of friends.

From the initial friend group forged over freshman year to the tight-knit clan that you can’t bear to part with on graduation day, High School is chock full of different types and stages of friendship. Mary and Sienna talk through the different circles of friends they kept and how they overlapped. In terms of falling out, Mary and Sienna find some similarities in the friendships they lost during High School and discuss the effect of it all.

University is the perfect time to reinvent yourself and surround yourself with a new group of friends, especially since most people are starting from scratch. Sororities and Fraternities can be a great infrastructure for friendship, however that’s not always the case for everybody. Since she was younger than her classmates, Sienna discusses feeling like a fish out of water during Freshman year, while Mary reflects on the friends she made through the clubs she was involved with on campus. An important point that Mary makes is that the majority of the “friends” she made through University were actually just acquaintances.

Tune in next week for Episode 4: Summer Camp Friends